Located in the suburb of Punchbowl, the religious building provides space for 300 men and women worshippers to congregate. It distinguishes a central worship space with a concrete honeycomb structure, which takes visual cues from the aesthetics of Islamic architecture. 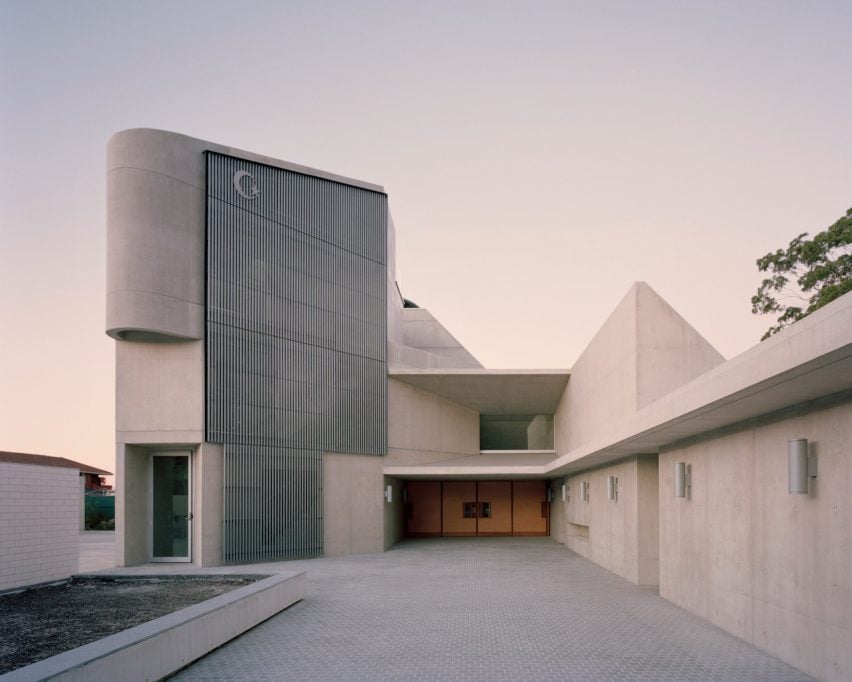 Candalepas Associates designed the mosque with a rectangular layout that has two adjoined but separate courtyards. 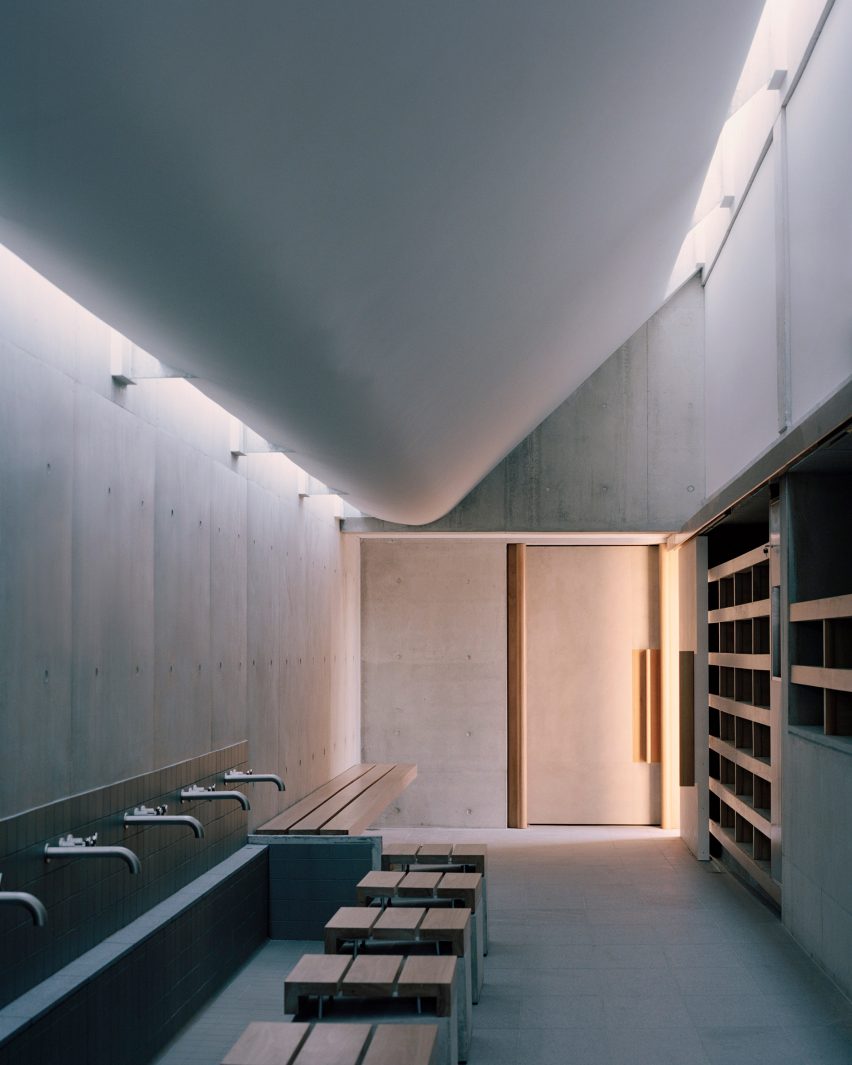 Male worshippers enter from the left side, leading to the trapezium-shaped male ablutions room on the ground floor. An entry awning shelters them as they exit and enter into the main prayer space.

The opposing, left-side entrance leads females to their prayer galleries on the first and second floors, which is accessed from the minaret. 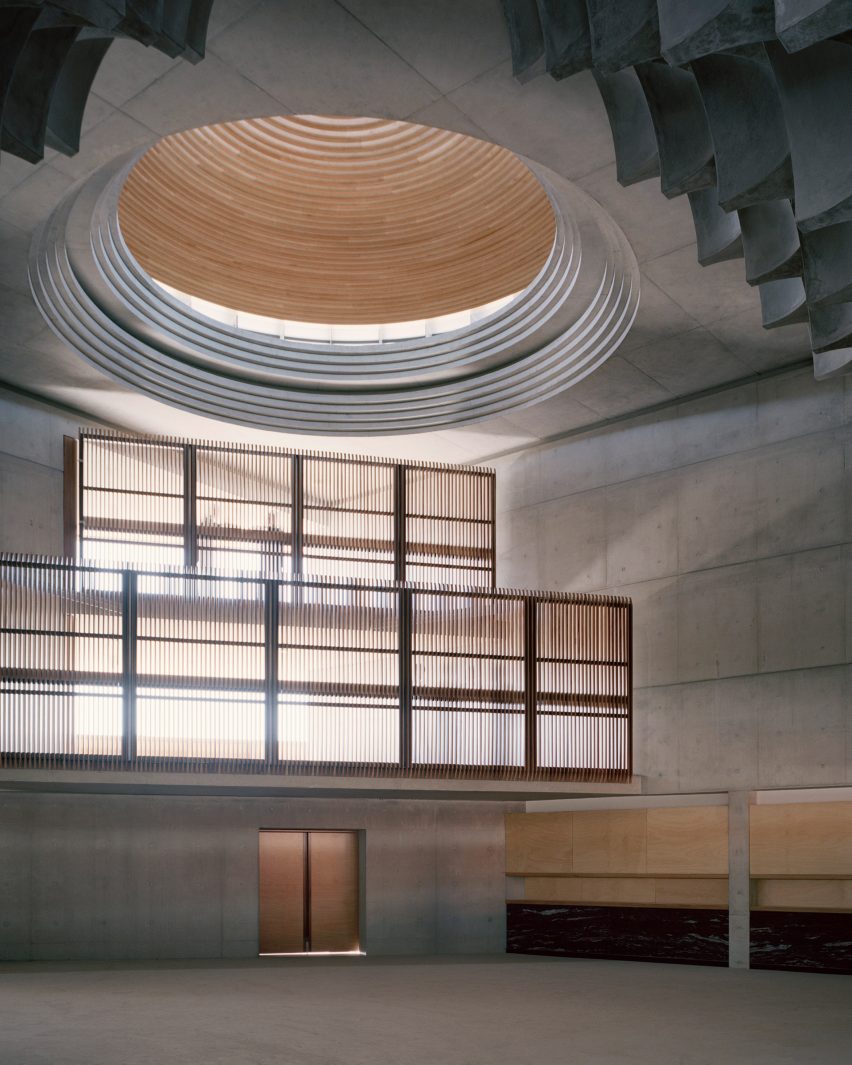 These upper galleries overlook the prayer space underneath the timber-lined dome and oculus, placing "the female worshippers at the heart of the mosque".

Through timber battens in the window, the moving silhouettes of the females can be seen from below. 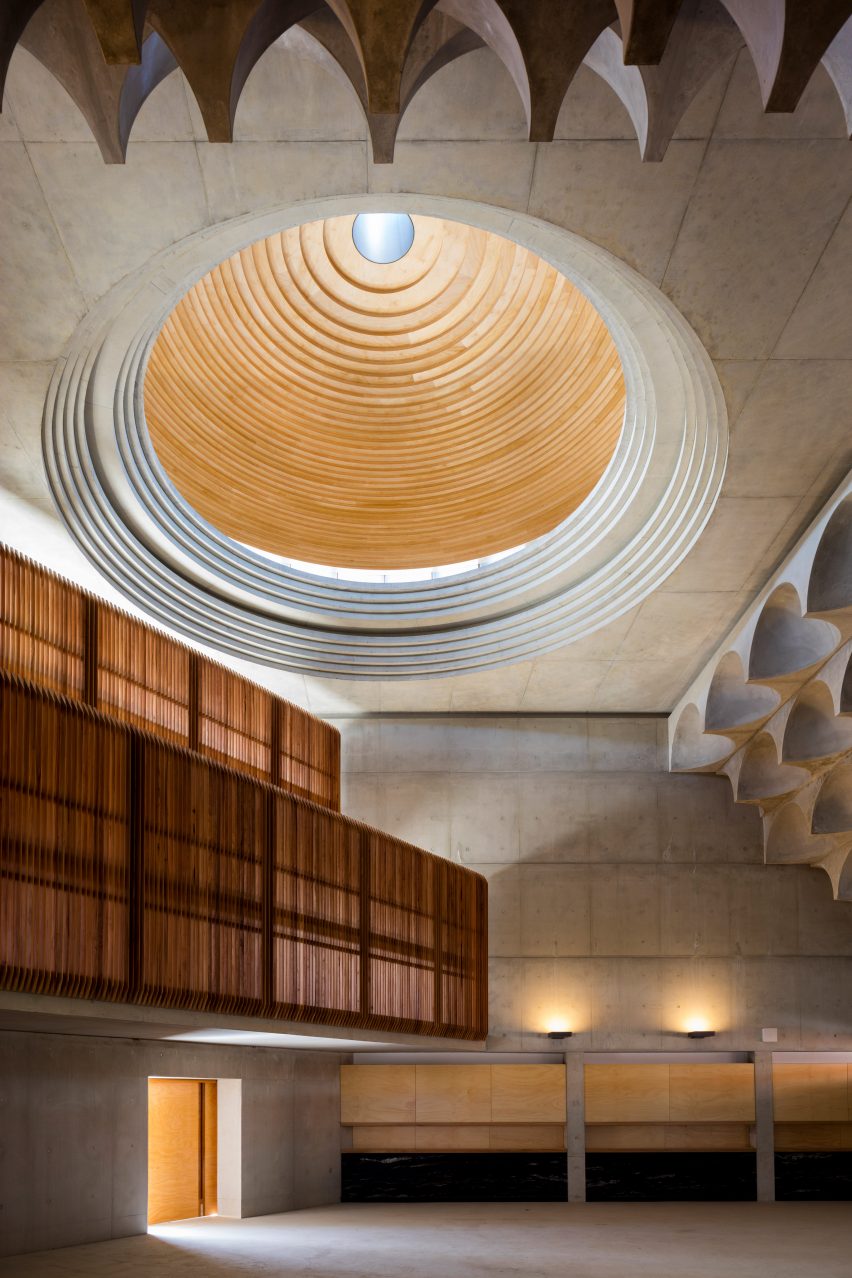 "It's traditional for the men to worship in the main space," said Candalepas Associates.

"The women's gallery, which sits below the dome, gives them primacy of place, elevated into the centre of the space. By assigning an equivalent significance to the periphery and the centre, the traditionally singular spatial order is re-conceived as fluid, multivalent and participatory." 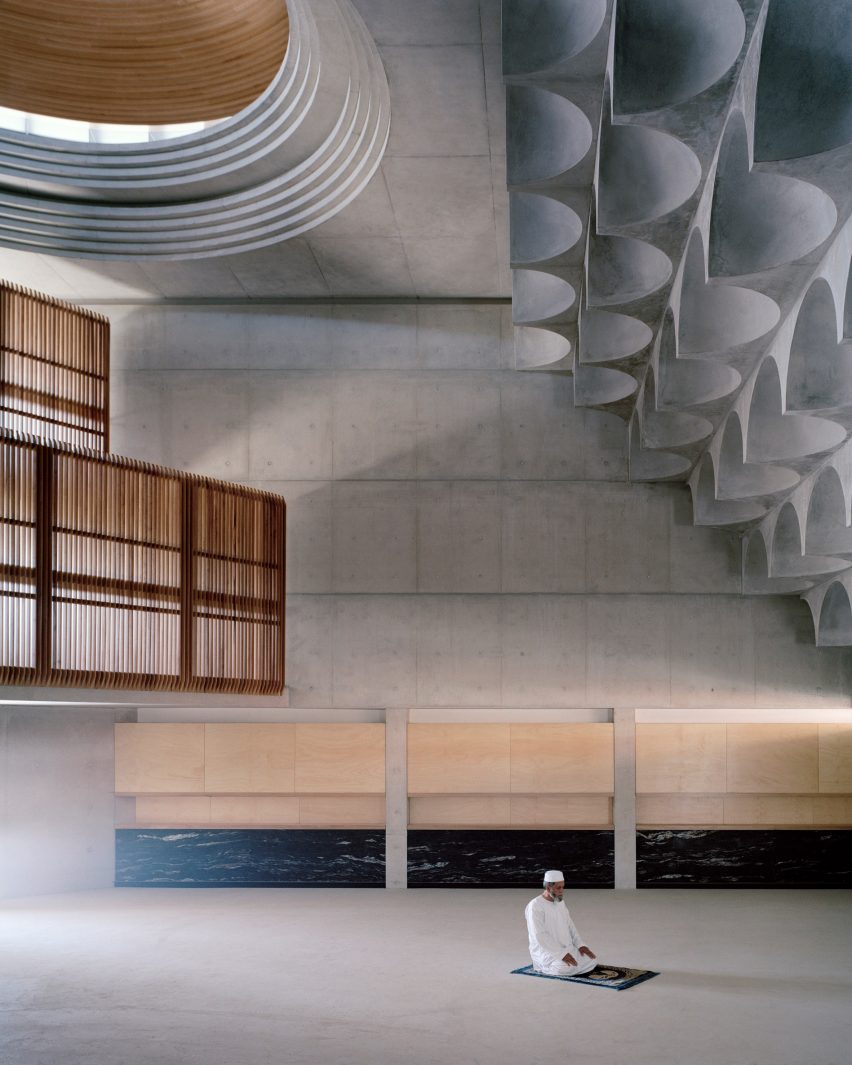 The worshippers face a sculptural, stepped wall of ornamental vaulting on the prayer space's south and west internal walls, orienting them towards Mecca. The 102 half-domed forms of the cast in-situ pattern allude to honeycomb structure of muqarnas – ornamented vaulting seen in traditional Islamic architecture.

"Critical elements of the mosque's geometry included the set out splayed wall that springs from the entry doors at ground level, breaking the orthogonal geometry of the floor plan of the main prayer space." 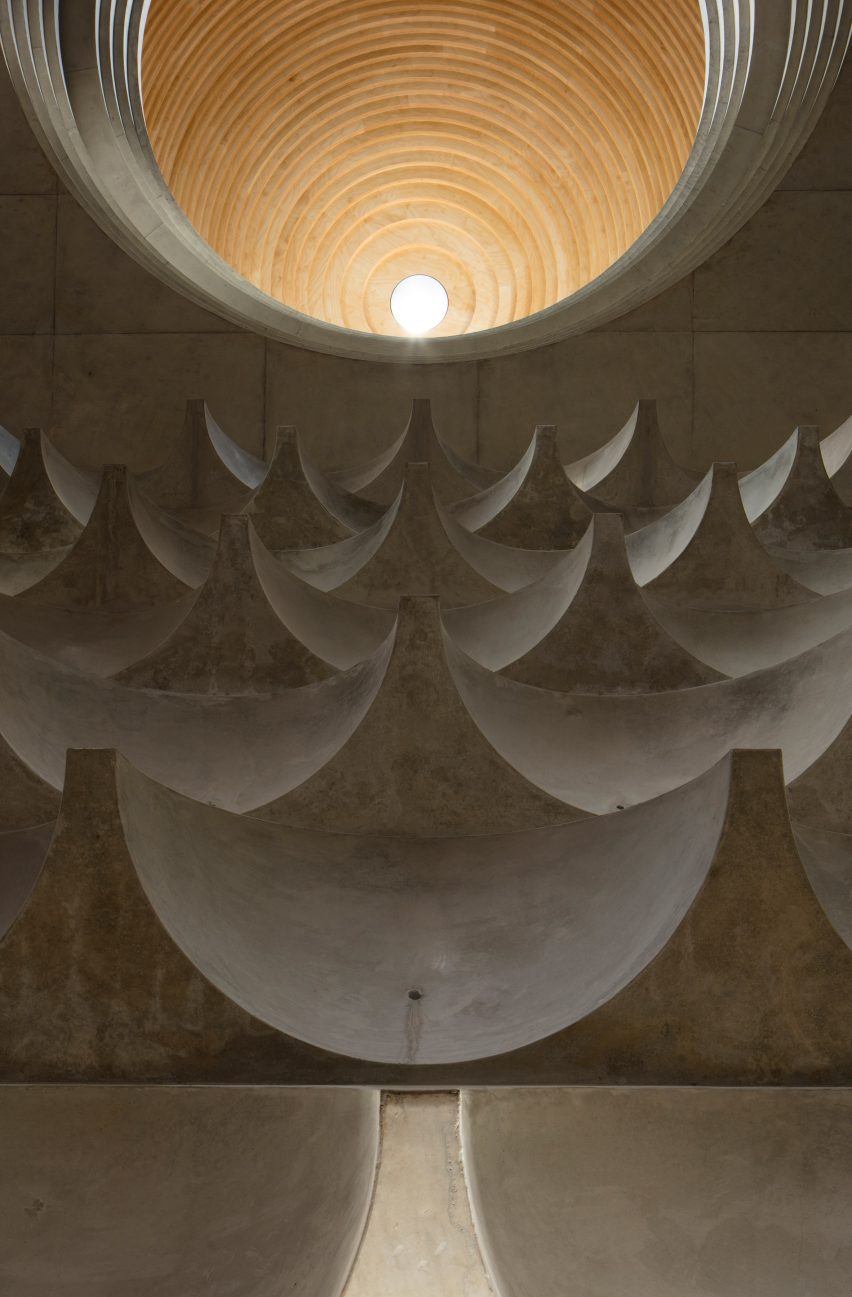 Streams of daylight extrude through a 30-millimetre hole in the centre of each of the concrete muqarnas. These are designed to illuminate the space throughout the day for the five prayers.

Above the prayer hall, a plywood clad dome with an oculus feeds daylight into the space. "The dome was a consequence of a series of trials that were prototyped," said the studio.

"The geometry in section allowed the dome to emerge in a manner that describes the nature of the sphere as graded by flat sheets of marine-plywood with hoop-pine veneer – the flat surface area of the sheets enlarging as they become tangential to the edge of the shape." 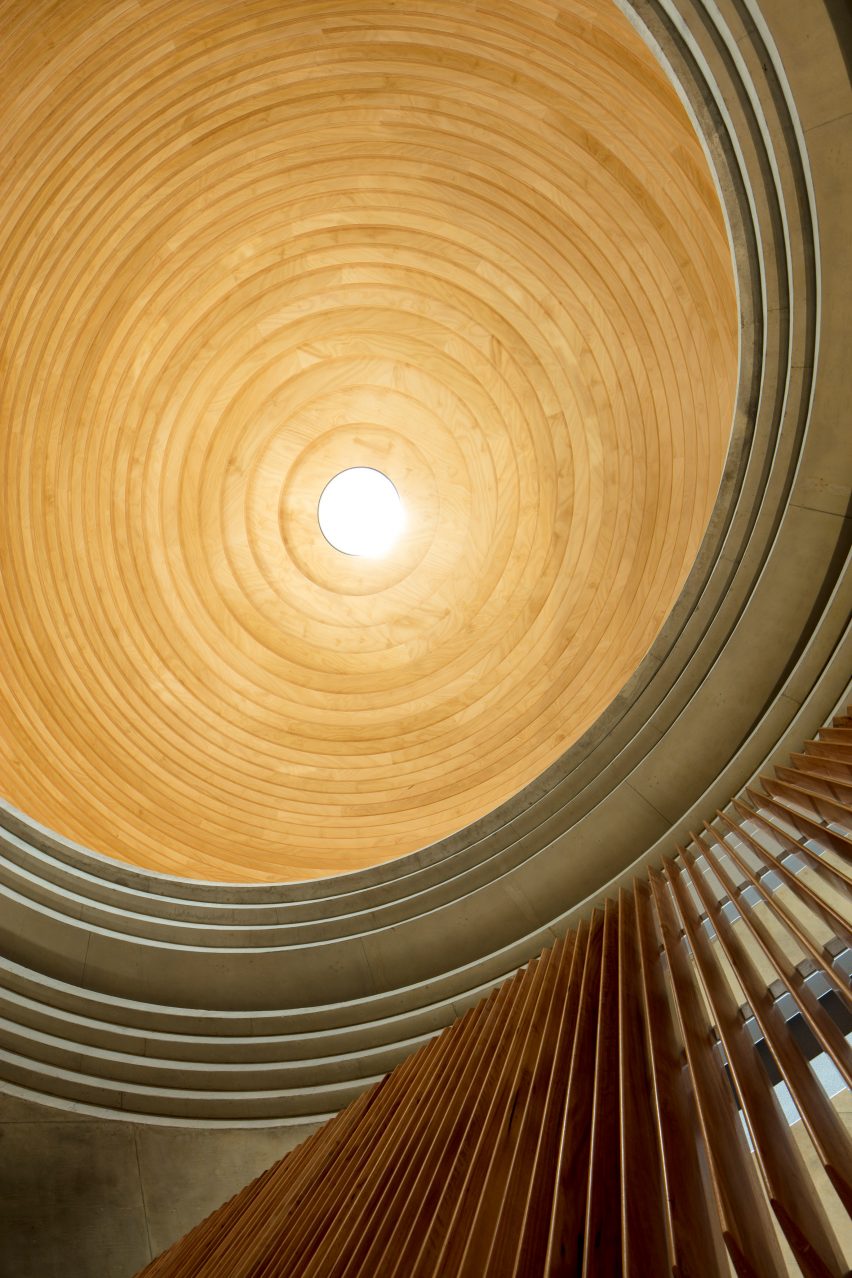 Surrounding the domed central worship space is a series of entrance areas. The first, smaller courtyard is the main entrance from the street. Located next to the mosque, it acts as a circulatory congregation space for those entering and exiting the grounds.

Towards the centre of the project, the second courtyard is larger and more private. Opening out from the prayer space, the courtyard can be used as additional outdoor space for religious festivals and cultural events. 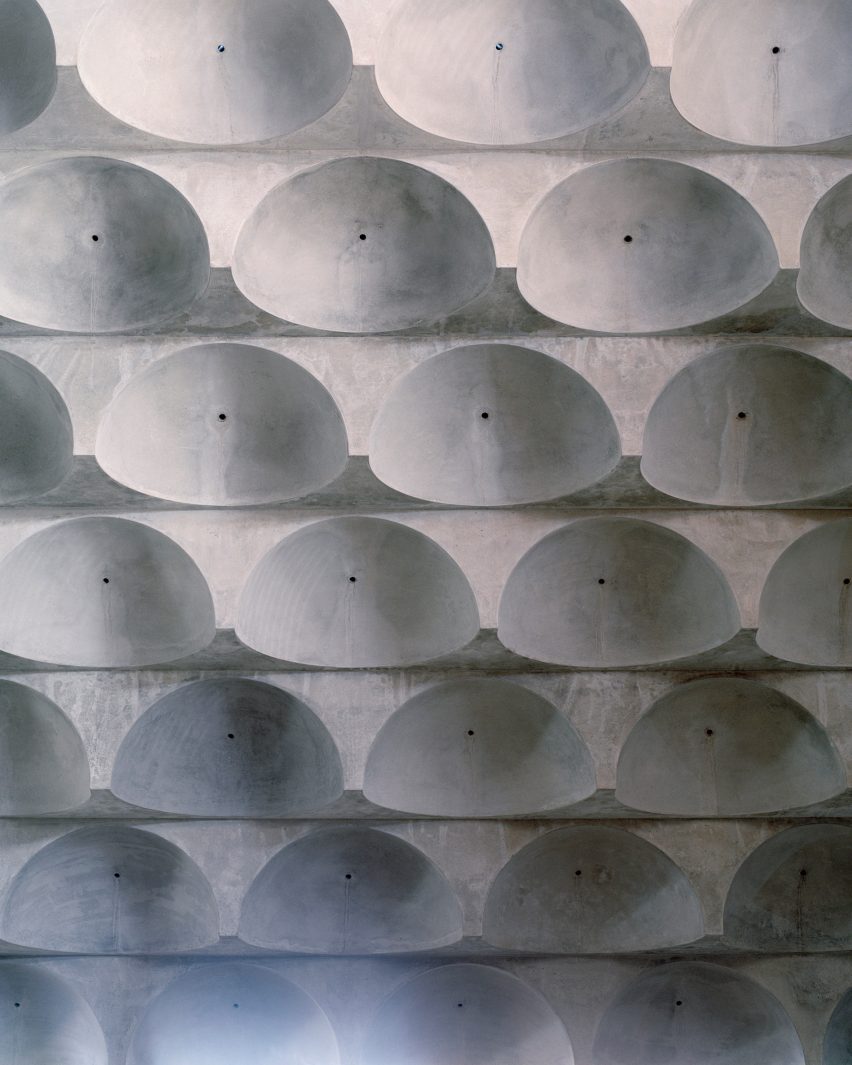 Split into multiple phases over more than 20 years, the second construction phase will include a school for up to 175 students and offices around the larger courtyard.

The Australian Islamic Mission (AIM) is a community based organisation, established in 1973 and based in Sydney, which fundraised to pay for the project. 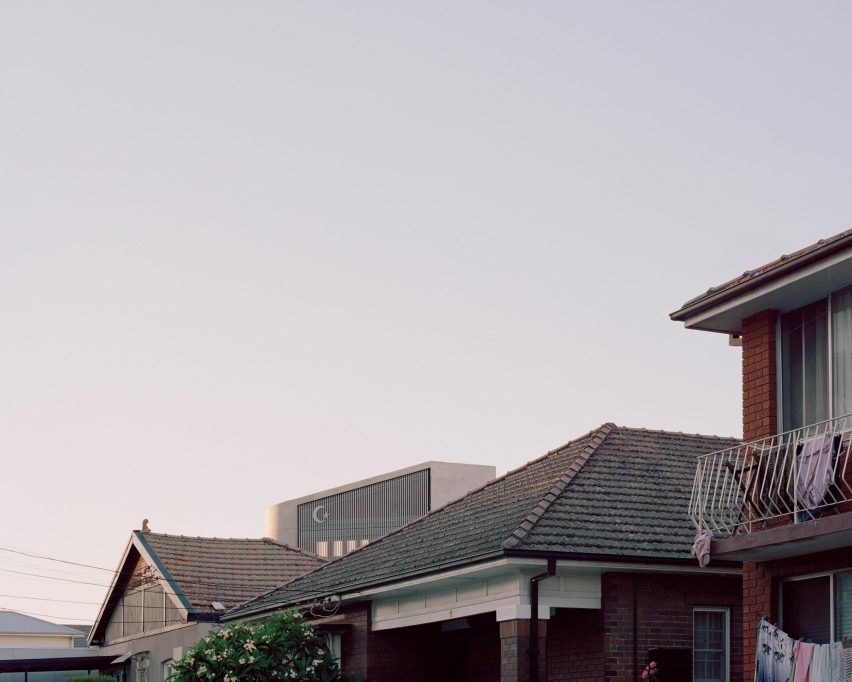