Modular construction could transform the construction market, offering possible savings of up to 20% while significantly reducing the construction time by up to 50%. The process would involve part of the building process being shifted to factories, offering the ability to create precision parts that offer a range of quality related benefit to overall project outcomes – including energy efficiency gains and better site safety.

While various market trends have disrupted industries, some appear to be immune to changes. One such industry is the construction sector, which is facing considerable challenges, with projects often overrunning, while the number of projects is booming. McKinsey & Company has released a new analysis into the industry.

The study found that one of the new trends that could create disruption in some of its segments is modular construction. Factor-developed products that can be slotted together onsite offer quickly scaled production, while for projects, the possibility of creating modules that are in need now with the possibility of adding additional capacity delivers greater customisability potential. 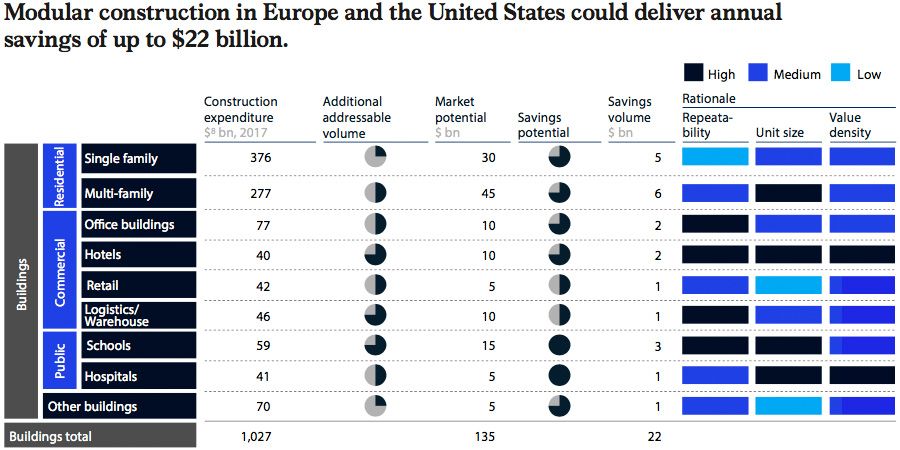 Modular construction technologies are currently being considered by a growing number of clients due to their time and money saving potential. Polymer modular bridges have been developed for the rapid roll-out of infrastructure in developing nations, while building workers in the UK have also turned to the innovative measure to help install make-shift pavements during road works.

Small modular reactors are even becoming a technology of choice among those who favour nuclear power. The controversial power supply’s proponents have argued modular technology can deliver nuclear energy at a lower cost and risk than large reactors, particularly in the construction phase that has dogged many large projects. 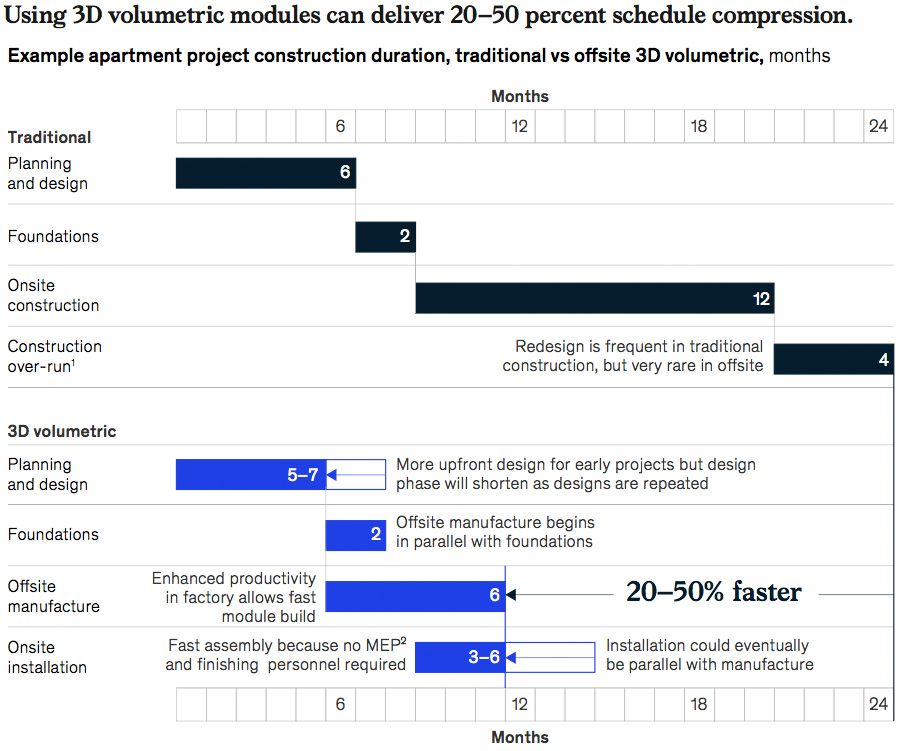 A number of areas were highlighted for potential time savings over traditional production techniques. 3D design could see increased initial time, but long-term savings as designs are repeated. Offsite production would begin while the foundations are laid, and the offsite manufacture would be around 20-50% faster than the traditional production process. Assembly by well-trained staff would be relatively straightforward – particularly if manufacture and onsite assembly can be timed correctly.

While the paper points to reduction in costs, McKinsey notes that there are variables that could create risks that may see some projects run higher – even if project cycle time savings are still achieved. One of the major variables is on-site labour, which could see cost reductions of between -10% to -25%. Offsite labour would be 5-15% more expensive. At the same time, the logistics of transporting the material to the site adds an additional 2-10% to total costs. 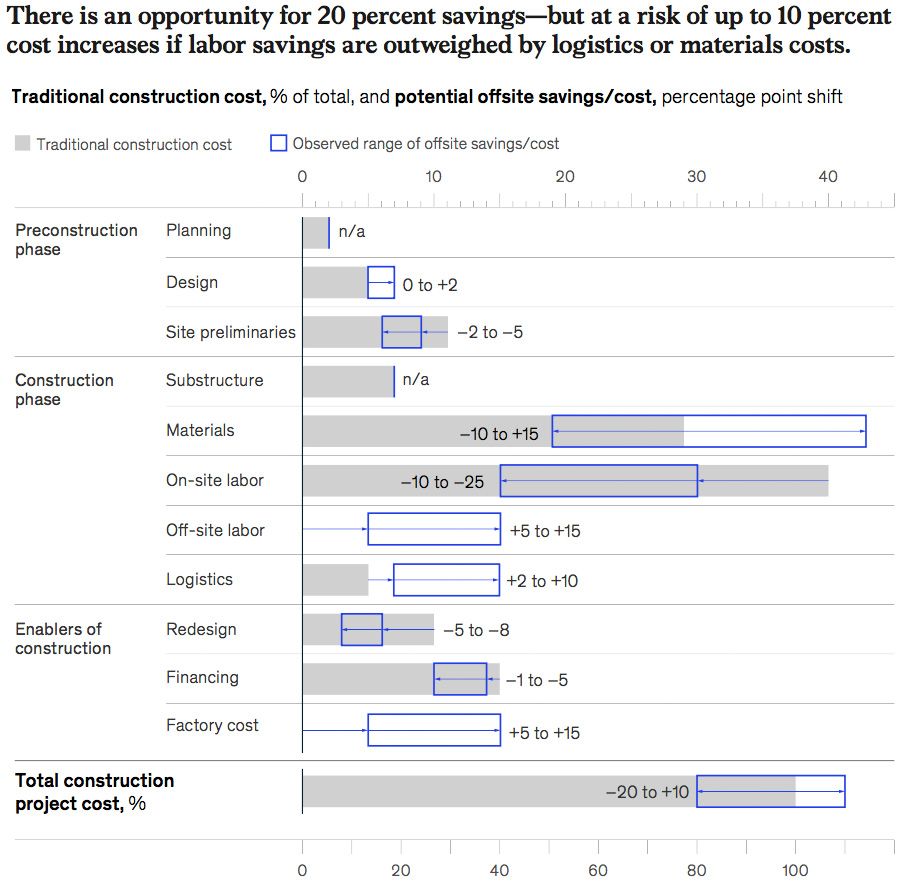 Redesign costs are projected to fall between 5-8%, while financing costs could be 1-5% lower. Adding all the variables together produces the -20 to +10% costs range. In addition, the research found that there is more to factory-produced buildings than fast build times and potentially lower costs. The total life-cycle benefits include additional social benefits, such as significantly improved energy efficiencies due to precision construction; improved build quality; and reduced exposure to the elements during construction.

The analysts concluded that the shift would also significantly boost the productivity of the sector, even if it may lead to some job losses – some of which would be soaked up by increased scale possibilities in a number of markets. Additionally, the firm found that there could be improved onsite safety and better overall working conditions for industry staff. 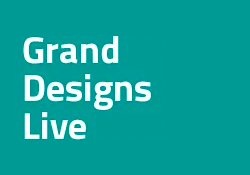 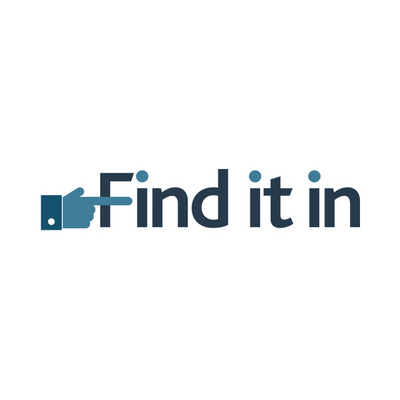